Which schools successfully dipped into the Pennsylvania Wrestling recruiting pool for the Class of 2017? Several programs across the Nation will be welcoming in multiple studs from the Keystone State. Virginia comes in at #1 with four hammers committing to coach Steve Garland and the Cavaliers. See who else stacks up below and view the Top 300 Recruits from Pennsylvania’s Class of 2017 here. 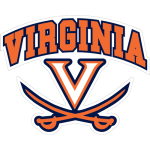 Cavalier head coach Steve Garland is continuing his presence in Pennsylvania with a star studded recruiting class from the Keystone State. Leading that group of recruits is 3-time PIAA State Champion Cameron Coy who committed to Virginia nearly three years ago. The #2 ranked senior in the State projects at 149 lbs. but is far from the only star from Pennsylvania. Coy is one of three 2017 PIAA State Champions on Garland’s incoming roster with 2-time PIAA State Champion #10 Brian Courtney and #13 Brian Kennerly joining him. Courtney won his second State Championship this season and is considered one of the top seniors in the Nation. Brian Kennerly came on strong when he won the Super 32 Championship to start the season and Garland landed the raw talent shortly after. Kennerly earned his first PIAA State Championship in March despite only starting to wrestle in junior high. #31 Drew Peck, who originally committed to Brown, found a home in Virginia where he projects at 184 lbs. 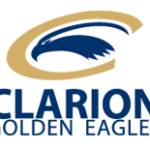 The Golden Eagles of Clarion boast a strong recruiting class of 2017 from Pennsylvania with two PIAA State Champions on the list. #20 Gavin Park and #21 Toby Cahill each won Class AA Championship titles in March and will be on opposite ends of the line-up. Park projects at 125 lbs. while Cahill will be looking to compete at 285 lbs. Park joins his former Brookville teammate Taylor Ortz while Cahill joins older brother Taylor. Head coach Keith Ferraro will also welcome in former PIAA State Champion and National Prep star #29 Jake Reigel who was a 2-time POWERade Champion while at Wyoming Seminary. Three additional PIAA State Medalists, #53 Jalin Hankerson, #56 Ty Bagoly, and #112 John Mott will all be attending Clarion in the fall. 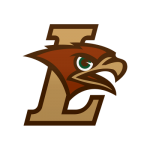 A trio of Pennsylvania State runner-ups highlight a solid recruiting class for Lehigh and head coach Pat Santoro. 2-time PIAA State runner-ups #16 Jimmy Hoffman and #18 Dan Moran both came one win shy of a top spot on the State podium, twice. Hoffman and Moran each project to compete at 133 lbs. #26 Matt Parker will join his older brother Scott who in 2017 earned All-American honors for Lehigh. Parker was a State runner-up in 2016 and was third in 2017. 3-time State Medalist #85 Eli Grape has been consistent throughout his high school career and will look to continue that trend in Bethlehem, PA.

Like Lehigh, the Lock Haven Bald Eagles’ recruiting class of 2017 will feature three wrestlers who in their careers were Pennsylvania State runner-ups. The highest ranked wrestler, #25 Luke Werner, is a 3-time PIAA State Medalist who in 2017 advanced into the 120 lbs. State finals. Also a 3-time PIAA State Medalist #28 Brock Port will be staying close to Bellefonte when he heads to Lock Haven. #38 Todd Lane was hampered by injuries in his high school career but he still managed to finish on the State podium three times including runner-up honors as a rookie. Not to be outdone #90 Blake Reynolds is also a 3-time PIAA State Medalist who will add depth to the upper weights. Rounding out the Keystone State recruiting class for Lock Haven are top seniors #47 Sammy Hepler, a 2-time State Medalist, #61 Larry Brown, and #122 Garrett Kiefer. 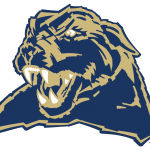 Despite the off-season coaching situation at Pitt the Panthers will welcome in an impressive group of recruits next season. Leading the way is #8 Nino Bonaccorsi who was a 2-time PIAA State runner-up and follows his father Mark and older brother Nick, who both competed for the Panthers. First year head coach Keith Gavin will add a total of eight wrestlers who find themselves ranked in the top 115 of the Class of 2017. Six of those wrestlers are Top 100 seniors. #17 KJ Fenstermacher was a 3-time PIAA State Medalist finishing third the last two seasons while #30 Colin Cronin was a 2-time State Medalist who took third in 2017. Three wrestlers from Central PA will be making the move to Pittsburgh with State Medalist #58 Tommy O’Brien, 4-time State Qualifier #97 Will Kaldes, and 3-time State Qualifier #103 Jake Cherry. #39 Dallas Bulsak is staying close to home as the 2-time PIAA State Medalist from South Park is making a short trip north. 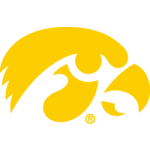 The Spencer Lee sweepstakes went to Iowa, much to the disdain of Pennsylvania Wrestling fans who routinely cheer for Penn State and loath the Hawkeyes. The 3-time World Champion in Freestyle is the top ranked recruit in Pennsylvania and the Nation even after suffering his first career defeat in the 2017 PIAA State Finals. Lee, who is recovering from knee surgery to repair a torn ACL, will likely redshirt next season in order to get healthy and prepare for 125 lbs. Lee will be joined by 2-time PIAA State Champion and fellow Young Guns club member #9 Max Murin. The senior went undefeated during his senior season and projects to compete at 141 lbs. for the Hawkeyes.

Two of the State’s top heavyweight wrestlers will both head north to Ithaca, New York. #12 Brendan Furman qualified for his first State Tournament in 2017 and went on to win the State Championship at 285 lbs. The 2016 Super 32 Champion won titles at the POWERade and Escape the Rock Tournaments this season. In the ETR finals Furman defeated #23 Seth Janney in a battle of future teammates. Janney was a PIAA State runner-up in 2015 before transferring to Malvern Prep where he would win two straight National Prep Championships. Joining the heavyweights will be #42 Jonah Barley who is a 2-time PIAA State Medalist in his career.

Three Top 100 Seniors from Pennsylvania will join Keystone State legend Teague Moore at American University. Leading the way is #27 Eric Hong who spent his last season at North Allegheny, where American head coach Teague Moore left his mark on Pennsylvania Wrestling. Hong is an accomplished wrestler who was a National Prep Champion as a rookie and runner-up as a sophomore. After being ruled eligible to compete for the Tigers in 2017 Hong captured an Escape the Rock Championship, Allegheny County Championship, and a South West Regional Championship. In his first PIAA State Tournament Hong was third at 160 lbs. Joining Hong are #54 Colin Shannon who, in his third trip to the PIAA State Tournament, earned his first PIAA State Medal. Heavyweight #65 Niko Camacho will add depth at heavyweight for American as the 2-time PIAA State Medalist was a Walsh Ironman Champion in 2016.

NCAA Division II program Seton Hill has traditionally featured some top talent from Pennsylvania on their roster. The same is true for head coach Brian Tucker as the Class of 2017 recruits will number eleven from across Pennsylvania. Leading the way are PIAA State Medalists #72 Vincent Distefanis and #95 Alex Shaw. Distefanis earned his second straight PIAA State Medal in 2017 and was a South West Regional Champion at 120 lbs. Alec Shaw ended his career with his first trip to the PIAA State Tournament and a sixth place medal. North Allegheny teammates #111 Luke Landefeld and #132 Sean Hover each will head to Seton Hill as well as WPIAL grapplers #146 Blaze Kansco and #149 Tyler Seliga. Bethlehem Catholic senior #171 Jody Crouse will be an added fixture in the upper weights in addition to #246 Wes Graham. 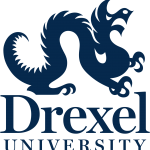 The hottest name in Pennsylvania Wrestling in 2017 was no doubt #4 Austin DeSanto. The senior ended his career with 184 wins ending an undefeated (49-0) 2017 season by upsetting #1 Spencer Lee. The Super 32 runner-up was a 3-time PIAA State Medalist at Exeter Township and will head east to Drexel. He projects to be a 125 lbs./133 lbs. wrestler for the Dragons and will have #37 Chandler Olson as a workout partner. Olson was a 4-time PIAA State Medalist in his career at Shippensburg. 2-time PIAA State Qualifier and 2017 State Medalist #128 Vincenzo Pelusi will work with current Drexel heavyweight Joey Goodhart (Hempfield) in hopes of taking over the reins in 2018-2019. Additionally head coach Matt Azevedo will welcome in #142 Trevor Elfvin from nearby Father Judge High School and #244 Alex Salas coming in from the WPIAL.