Or hosting a raucous watch party, for that matter.

The Nation’s top club coach will be tuning in quietly – and nervously – from the comfort of his own home.

While the dual could have more than a half-dozen Young Guns alums in it, Pennsylvania Wrestling fans are eagerly awaiting the 157-pound bout between Jason Nolf (Kittanning) and Michael Kemerer (Franklin Regional). Anxious might be a better word for Strittmatter’s projected state, as it will almost be like two of his children squaring off at Carver Hawkeye Arena.

“It’s extremely tough,” Strittmatter said on Thursday. “You’re not just talking about two kids who came through the program – they were two that I’ve been closest to. They were the face of the program when they were there.” 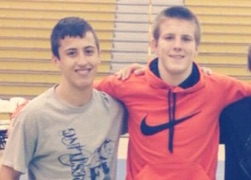 They’ve quickly become some of the most prominent faces of their college programs as well. Nolf, who was a three-time state champion at Kittanning, finished as an NCAA runner-up as a redshirt freshman last season and is unbeaten as a sophomore. Kemerer, a redshirt freshman who won a 2015 PIAA State Championship and helped Franklin Regional capture a pair of team championships, is off to a 19-0 start in his college career.

“I really don’t know (how I’ll react),” Strittmatter said. “I think there’s a lot of emotion, but it’s a single dual meet. In a perfect world, this will happen again (in the NCAA finals) in St. Louis. Josh Shields (a Young Guns alumnus and Arizona State freshman) also is in this weight. They were 1, 2 and 10 in the latest rankings. You’re super proud and lucky to be around those types of kids.”

Strittmatter said that Nolf and Kemerer were friends and frequent workout partners during their time with Young Guns and that they took part in his traditional Christmas Eve practice last month. 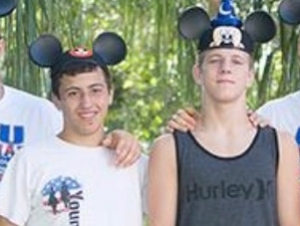 Strittmatter said the pair logged a lot of miles with him, making yearly pilgrimages to Virginia Beach and Disney Duals as well as the long road trips to Iowa for Young Guns’ travel camp every other year.

“We had a camp, they were in the van going,” he said. “They were the gold standard of what the best kids now are doing. They would go to their own practice, do homework or whatever, then come to Young Guns. They were the guys – along with Jimmy Gulibon and Nico Megaludis – who set the standard that one practice wasn’t enough that day.”

Strittmatter, who still stays in regular contact with Nolf and Kemerer, said that both were outstanding students and were committed to a healthy lifestyle that doesn’t involve drugs or alcohol in addition to being great athletes.

“They were both the total package,” he said. “Great kids, great leaders, great sons. Those kids are rare to be around.”

Strittmatter’s club has made a habit of attracting those types of wrestlers. In addition to Nolf and Kemerer, up to five other Young Guns wrestlers could compete in Friday night’s dual, which will be shown live on the Big Ten Network at 9 p.m. Penn State’s lineup could include Triston Law (Forest Hills), Vincenzo Joseph (Pittsburgh Central Catholic), Matt McCutcheon (Kiski Area), Gulibon (Derry Area) and Nolf. Iowa could counter with Topher Carton – who wrestled for Young Guns Iowa under Eric Juergens – and Kemerer.