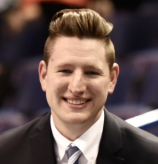 Jeff Upson became involved in the sport of wrestling at age ten and created the Pennsylvania rankings website Pa Power Rankings five years later in December 2004. Jeff wrestled for the Central Dauphin Youth Program, the Central Dauphin Junior High Program, and eventually the Central Dauphin High School Program coached by Jeff Sweigard. Despite not having a glorified varsity career, Jeff explains that “the sport of wrestling has taught me discipline, respect and intensity. I did not walk out of the Central Dauphin High School wrestling room with state, region, or sectional medals but I did take with me lifelong friendships.” Jeff graduated from West Virginia University in May 2010 with a BA degree in Criminology and Investigations. Jeff then spent one year in London, England where he completed a MA degree in International Criminology, maintaining his website throughout. Throughout all of these different roads Jeff continued to provide PA State Rankings and coverage of wrestling. Jeff resides in Pittsburgh, PA where he is a Police Officer for the City of Pittsburgh. 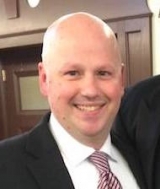 Eric Knopsnyder is a 1997 graduate of the University of Pittsburgh where he wrestled for the Panthers and earned a B.A. degree in English. Prior to college Eric graduated from Berlin Brothersvalley High School in 1993 where he was a two time PIAA State Qualifier. Eric is currently a Digital Media Editor for the Tribune-Democrat where he has worked since 2000. At the Tribune-Democrat Eric has covered Pennsylvania Wrestling at the State Tournament, NCAA National Tournament in addition to several major sporting events such as the Super Bowl and Stanley Cup. He and his wife Tami reside in Johnstown, PA. 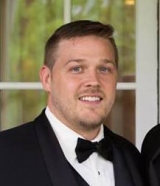 Thomas Shovlin is a graduate of the University of Pennsylvania where he wrestled for the Quakers and earned a B.A. degree in Cognitive Neuroscience. At UPenn, Thomas was an NCAA Division I National qualifier at 197 LBS in 2008. In high school, Thomas was a PIAA State runner-up his senior season at 189 LBS and third place finisher at 171 LBS his junior year at Central Dauphin High School. Thomas was a member of the “Patriot News Big 14 Team” three out of four years and compiled a career record of 141-11. Thomas resides in Philadelphia, PA where he is an Account Executive. 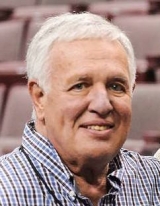 Tom Upson is the father of Jeff Upson and has spent the past 50 years following Pennsylvania Wrestling. Tom was a 1963 graduate of Trinity High School in Washington Pennsylvania where he wrestled. Tom later helped coach the wrestling team at Washington High School with PA Legend Stan Mousetis. Throughout his adult life Tom has followed Pennsylvania Wrestling closely, attending matches and tournaments across the State each year. Tom resides in Harrisburg, PA where he is retired and enjoys playing golf and pickleball. 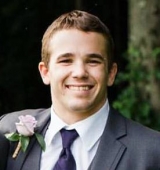 Mason Beckman is one of the most decorated wrestlers to hail from the Keystone State as the 2011 graduate of Reynolds High School was a four-time PIAA State Medalist, three-time State Finalist, and two-time State Champion. Mason ended his career at Reynolds with a record of (196-12) which is the most wins ever by a wrestler in the PIAA Class AA. Beckman went on to compete for the Lehigh Mountain Hawks where he was a four-time NCAA National Qualifier including earning All-American honors twice. He finished sixth in both 2014 and 2015. Mason resides in Pittsburgh and works as a Procurement Specialist at the Kurt J. Lesker Company. He is also a coach at the Quest School of Wrestling. 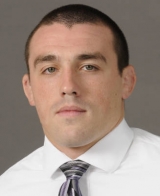 Tristan Warner is a 2010 graduate of Cumberland Valley High School where he was a standout wrestler for coach Dave Heckard. Warner was a two time PIAA State Qualifier and his senior season was a State Runner-up at 171 lbs. A Super 32 Challenge Champion, Tristan ended his high school career with a record of (136-33). Warner competed for Old Dominion where he was a three time NCAA National Qualifier and a two time Elite 89 Award winner. Warner earned a Bachelor of Science degree in Criminal Justice and went on to earn a Master’s in Physical Education. Tristan is currently an assistant coach at Cumberland Valley High School. 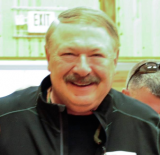 Pennsylvania Wrestling Hall of Fame member Marc Billett coached for 40 years at Greater Latrobe, 21 as the high school head coach, and collected a career record of (218-104-4). The Williamsport, PA native wrestled for Williamsport High School and went on to Lock Haven University before finding his niche in coaching. Billett, also a successful fly fisherman, is retired and resides in Latrobe. He has photographed countless NCAA National Tournaments and PIAA State Tournaments. 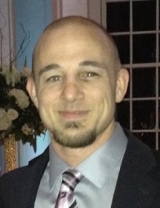 Chuck Johnson is a 1994 graduate of Mifflinburg High School where he was two time PIAA State Qualifier. He went on to compete collegiately at Bucknell where he was a four year letter winner. Chuck entered coaching in 1998 as an assistant coach for East Mecklenburg High School in Charlotte, NC. Returning to Pennsylvania in 1999 Chuck was the head coach at Line Mountain High School for two years before making a return to his alma mater Mifflinburg where he was an assistant coach for two seasons. Ultimately Chuck returned to Line Mountain in 2003 where he has been an assistant coach since. In addition to his coaching Chuck ran the Pennsylvania rankings website PA Wrestling Rankings for eight years and currently runs the website District 4 Wrestling. Additionally he is a partner of the Bison Legend Wrestling Events. Chuck resides in Lewisburg, Pa and is employed as an elementary school teacher. 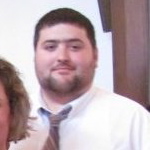 Josh Phillips graduated from Shikellamy High School in 2000 where he was a three year starter and two time District Champion for the Braves. He went on to Lock Haven University where he wrestled for two years and graduated in 2005. Josh has been a volunteer wrestling coach at Line Mountain High School since 2006 where the Eagles have had 15 state place winners including four State Champions during that time. He has also been the Line Mountain High School tournament director for the past two seasons. Josh has been provided the AAA portion of Pennsylvania Wrestling Rankings and the District Four rankings since 2006. He resides in Dalmatia, PA and is employed by the Pennsylvania House of Representatives. 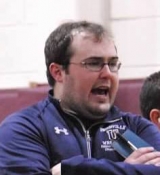 Ian graduated from the University of Pittsburgh in 2009 with a BS degree in Psychology and Film Studies with minors in Economics and Political Science. He is also a 2006 graduate of Unionville High School where he was a 4 year varsity starter and team captain his senior year. Despite an elbow injury that all but ended his competitive wrestling career, the sport never strayed far from his heart and he returned to District One as a coach in 2010. He believes that wrestling has taught him the skills necessary to succeed in all other aspects of his life and will always cherish the friendships he’s formed through this amazing sport. He is a firm believer in Dan Gable’s quote that “Once you’ve wrestled, everything else in life is easy.” Ian is currently an assistant coach at Unionville High School.